Ethnic Disproportionality in the Identification of Special Educational Needs

Researchers at the University of Oxford analysed data from the National Pupil Database for all pupils in England aged five to 16, between 2005 and 2016, to find out which ethnic groups were disproportionally represented in groups of children with SEN, and which types of SEN this applied to.

A diagnosis of special educational needs (SEN) can help children access specialist resources and additional support, but there can also be negative consequences such as being limited to an inappropriate or narrow curriculum. US research has shown children from some ethnic groups are more likely to be identified as having SEN than those from other ethnic backgrounds but until now there have been few major UK-based studies. 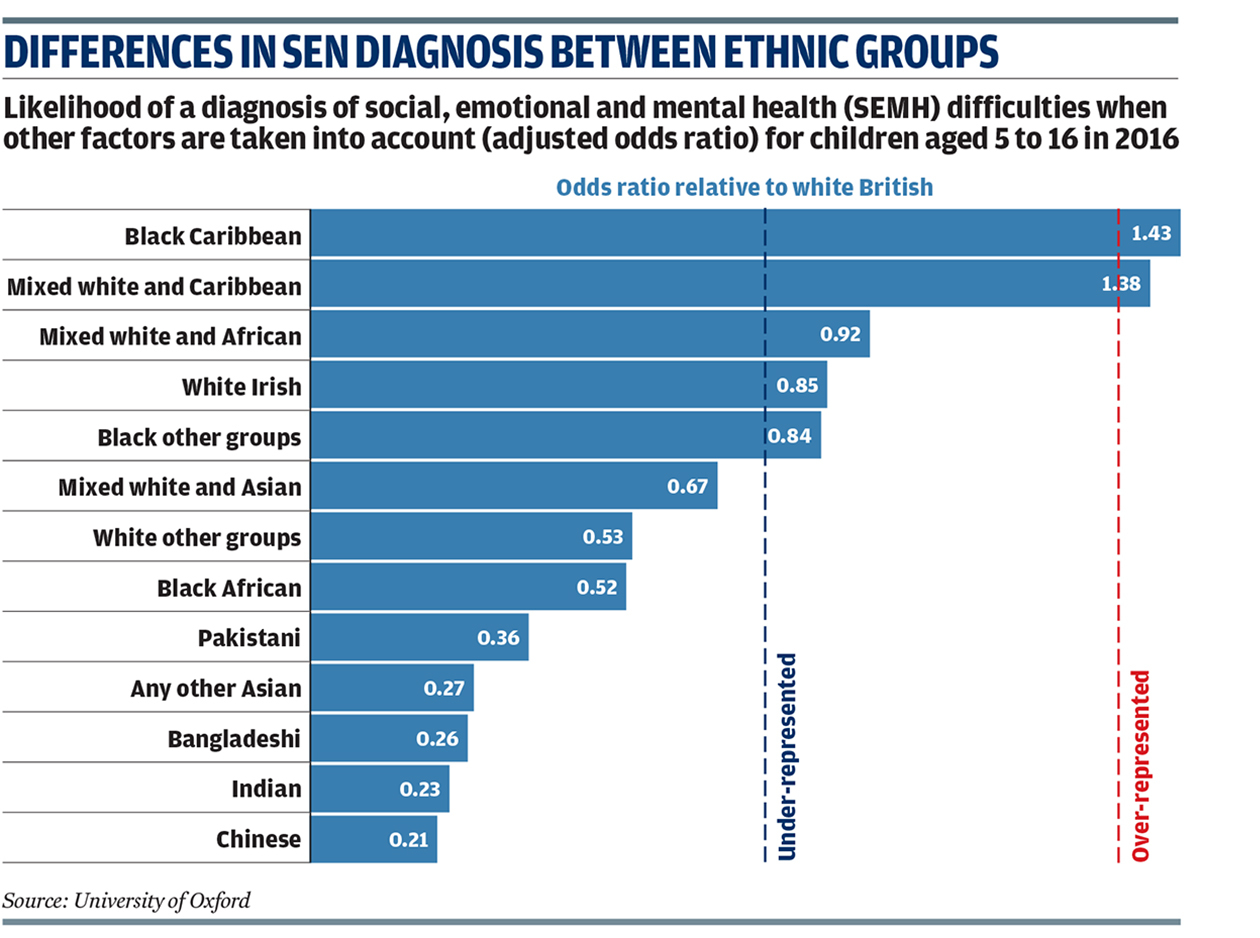 The findings suggest some Asian pupils may not be receiving the access to specialist resources and support they need, while some black Caribbean children may be suffering an inappropriate or narrowed curriculum from unwarranted over-identification, particularly in secondary school. The researchers say local authorities, multi-academy trusts, schools and Ofsted should monitor this.

They also suggest local authorities and schools need to raise awareness of ASD among Asian communities. Meanwhile teachers need to be aware of the significant over-identification of summer-born pupils for MLD.