Coram's Fostering Activity Days help prospective foster carers and children to get to know each other, leading to better matches for long-term care placements.

Four pilot events were funded by the Big Lottery's Reaching Communities Fund. Three activity days were then funded as part of a £7m Department for Education grant from the children's social care innovation programme. Going forward, local authorities will commission and fund the days at £300 per child

For the last seven years Coram has run Adoption Activity Days, which give prospective adopters an opportunity to meet children awaiting adoption. The organised events allow potential adoptive parents to interact with the children through fun and enjoyable activities, such as arts and crafts, sports and games, and establish whether they feel an emotional connection.

An increased focus on permanence in foster care together with a national shortage of foster carers means the charity has now started running similar events for long-term fostering - as recommended by Sir Martin Narey and Mark Owers' 2018 review of foster care for the DfE. By giving foster carers more scope to take the initiative in forging matches, allowing them to study children's profiles before meeting them face to face, the hope is more secure and lasting placements can be made.

"In the past it has been the case that you might start with a short-term placement and hope that it grows into long-term, but now there is more emphasis on let's get it right from the outset and put in support from the start," says Sally Beaumont, social work improvement consultant at Coram.

It has always been Coram's mission to move towards permanency in fostering, she explains. "It was clear there was not the same spotlight on permanence via fostering as there was via adoption, and it seemed an obvious move to develop Fostering Activity Days," she says. "Although the children are older it is still about finding that chemistry, and involving the children in their own placement."

In 2018, just over 53,000 children and young people were living in foster care - an increase of more than 1,000 compared with the previous year. 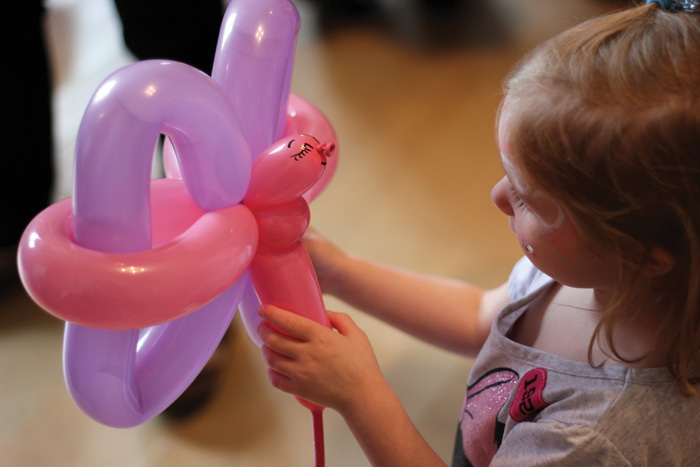 The events are designed to encourage positive interaction between children and prospective carers, so they can get to know one another and make a connection that may otherwise have been overlooked by more traditional methods of family finding.

Local authorities put forward children to take part in the days. "We suggest looking at all children who have a plan for permanency where arrangements have not been ratified," says Beaumont. "For example, children in residential care looking for a step down, children in short-term placements looking for long-term. There is a focus on children who know they are not going home, so the preparatory work, though still important, will not cause more trauma." Organisers have to be sure children can cope with taking part in the day. "But we have had children with additional needs such as autism and tailored activities to suit them," adds Beaumont.

The events are attended by local authority and independent fostering agency (IFA) foster carers who are looking to take on permanent placements. The IFAs receive the children's profiles in advance of the event.

When developing the fostering events Coram had to factor in ways they differ from Adoption Activity Days. "Agencies are required to place children, wherever possible, within a 20-mile radius of their home area, so local authorities have to look at a pool of foster carers within that 20-mile zone," explains Beaumont. The children also tend to be older, typically 10 to 15, so Coram has had to develop activities suitable for them. Sports activities such as pool or basketball and music activities have been found to be particularly successful, explains Beaumont. Loud, organised activities did not work so well and that has been taken on board.

The events are also attended by social workers and family finders, who share information directly with potential foster carers, giving them the chance to ask questions about the needs of children and support available. Foster carers are encouraged to bring other children living in their home, whether they are birth children, adopted or other long-term fostered children. "What can make or break a placement is the other children in the home," says Beaumont.

Results from three of the most recent events show they are leading to matches. One event in Northamptonshire, funded via the DfE innovation grant, was attended by 14 local authority foster carers and five families from an independent fostering agency, and resulted in 18 expressions of interest from potential foster carers. Of the 11 children who attended, six were matched with a family.

A second event, commissioned by Northamptonshire County Council based on the success of the first, was attended by 11 local authority carers and two from independent fostering agencies, and 13 children, two of whom were in a children's home. Eight children are in the process of being matched with a family. A third event commissioned by Southwark Council in London was attended by 10 children, along with 10 local authority carers and six independent fostering agency carers. In all, three children were matched with a family.

Following the success of the initial activity days, Coram is rolling out an offer to all local authorities, who will pay £300 per child. The charity is staging an information event for London agencies keen to find out more about activity days, or who may be interested in a pan-London event. This will take place at Coram Campus on 2 October from 1pm. For more information email sally.beaumont@coram.org.uk.

Vicky Moore* and her husband were alerted to an upcoming Fostering Activity Day by their supervising social worker. "We attended the pre-event meeting where we were given a run-down of the day and were able to voice any concerns and listen to other people's views on the event," she says.

Reading the children's profiles before seeing them at the event was helpful as it gave the Moores an idea about the care and support children required, and what they as a couple could offer. "It also helped as an icebreaker to know each child's interests," says Vicky.

Before the event the couple had decided to foster one child long-term, as they wanted to carry on caring for the child they were already looking after. "On the day though, we met a boy who took a great interest in my husband and would continue to seek him out to play and chat with," says Vicky. "We knew from reading their profiles that he had a twin sister so we made sure that we chatted to her also. We had an instant connection with both the children and found them very funny, clever and inquisitive. They asked us lots of questions and were very keen to know about our home and family."

The Moores found it useful that the twins' present foster carer and social worker were at the event to answer questions. "It definitely helped to meet both the children in a fun party-style atmosphere," says Vicky. "We were very keen to express our interest in the twins and followed the procedure on the day to do this."

A few months later the children have settled in very well. "They both agree, and tell us often, that they chose us and not the other way around," says Vicky. "We are extremely happy that they are so positive about this and that they feel they had a huge say in where they would spend their future years."