Although all three countries saw an increase in reported long-standing mental health conditions, scales measuring psychological distress showed inconsistent trends. There were improvements for some age groups in England and Scotland, but deterioration in scores for 13- to 15-year-olds in Wales. In England results suggested wellbeing and psychological distress may have initially improved for 16- to 24-year-olds between 2010 and 2012 before deteriorating from 2012 to 2014.

The authors say it is possible that much of the reported increase in mental health conditions may reflect a narrowing of the gap between problems that exist and problems that are reported, perhaps due to increased awareness of mental health problems, or reduced stigma. 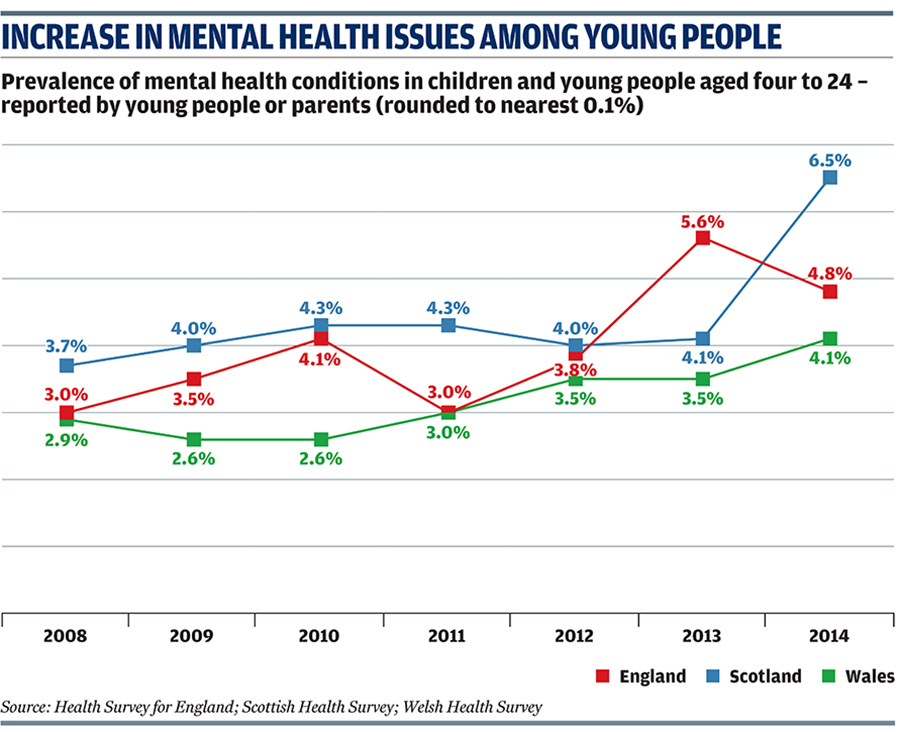 Most UK clinicians have responsibility for some patients aged 24 or below and should be aware of the increasing need to consider mental health diagnoses in this age group, say the researchers.

The differing trends between reported long-standing mental health conditions and questionnaire scores measuring emotional distress and wellbeing suggest an increasing range of mental health issues may not be adequately captured by existing questionnaires. The report's findings reinforce the need to consider what constitutes a mental health problem for young people.

As many of the factors driving poor mental health lie beyond healthcare the researchers call for multi-agency working to address wider issues such as poverty, the impact of cuts to benefits and youth services, cyberbullying and early sexualisation.