Foster-Care Commissioning in an Age of Austerity: The Experiences and Views of the Independent Provider Sector in One English Region

This paper reports findings from a study on the effects of austerity measures on local authority commissioners and independent fostering providers (IFPs) in the year following the coalition government's first Spending Review in 2010. It highlights legal and procedural factors which may present a challenge to effective foster-care provision.

It should be noted that the paper focuses on policy and practice in the early months of the new coalition administration in Britain, at a time of national austerity.

Commissioning child care placements from external agencies can present challenges for local authority commissioners and IFPs. These arise from the shared corporate parenting of vulnerable children and appear to be heightened when care is provided within a business model (Sellick, 2011).

The law permits a much wider and more mixed economy of provision for foster care than it does for adoption. Most externally commissioned foster care and related educational and therapeutic services are from the private sector, which is not the case for adoption where voluntary and not-for-profit agencies provide placements. At the time of the study, most authorities had reduced the use of voluntary sector adoption agencies, with a preference to place children with a council's in-house carers or through a regional consortia approach. More recently, the government set out its proposals to move to regional adoption agencies, bringing together provision between councils and adoption agencies.

At the time of the study, guidance from the Department for Children, Schools and Families recommended that council commissioners should strike a balance between achieving quality and value (cost) when collaborating with IFPs. However, evidence suggests that value may trump quality such that larger IFPs are able to undercut the competition and dominate the market at the expense of smaller agencies (Sellick, 2011).

This small-scale qualitative study, comprising interviews with managers in six IFPs in one locality in England, explored their experiences of commissioning processes. The following themes emerged from the interviews: 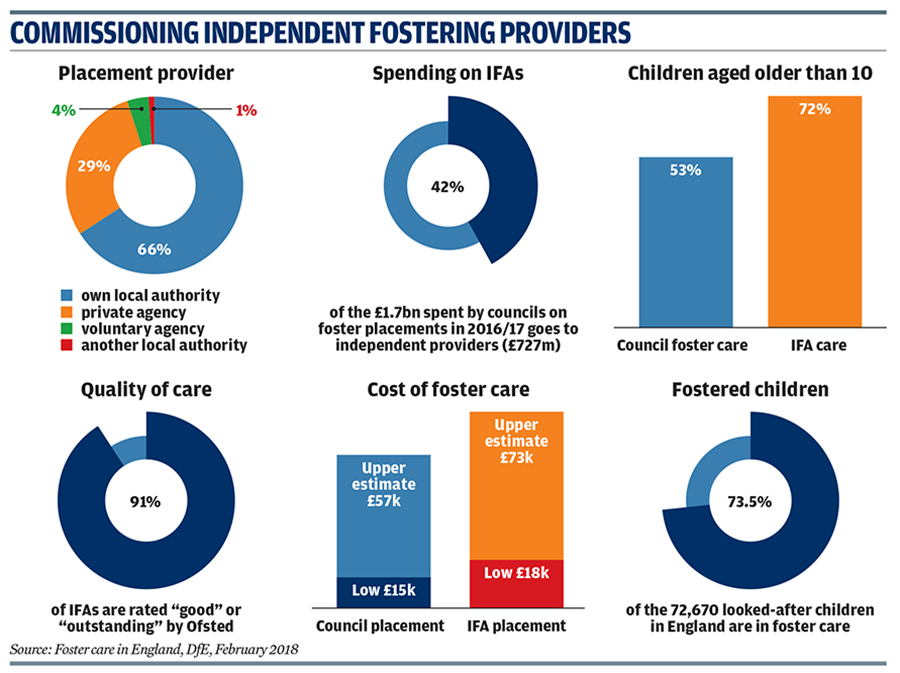