The introduction of area-wide multi-agency inspections of special educational needs and disabilities services has highlighted the challenges of implementing system reforms while continuing to deliver quality provision.

Support for children with special educational needs and disabilities (SEND) has been subject to sweeping reforms in recent years including the introduction of education, health and care (EHC) plans under the Children and Families Act 2014.

By April 2018, all children with existing SEN statements must be assessed and transferred to EHC plans, designed to ensure a more holistic approach to meeting their needs.

However, research to date suggests many authorities are struggling given the scale of the task while progress towards ensuring a more joined-up overall approach to SEND support has been slow.

The Care Quality Commission (CQC) and Ofsted have embarked on a joint five-year inspection programme to assess the quality of support for children and young people with SEND in all 152 English local authority areas.

This involves assessing how well they are fulfilling their duties under the 0 to 25 SEND Code of Practice, which supports the legislation.

Findings from the first 30 areas inspected in the 12 months up to May 2017, published in October last year, revealed "significant concerns" about support in nine areas - Dorset, Hartlepool, Middlesbrough, Rochdale, Sandwell, Sefton, Suffolk, Surrey and Waltham Forest - with each asked to produce a "written statement of action".

Common concerns in all nine areas included "weak" strategies to implement reforms and a lack of focus on improving outcomes.

Overall "there had not been enough progress in implementing a co-ordinated 0-25 services for children and young people who have SEND".

Access to therapy services was a weakness in half of the areas inspected while more than a third did not involve children, young people or their parents sufficiently in planning and reviewing their SEND provision via "co-production".

In 21 out of the 30 areas inspected the statutory assessment process was "not working well enough".

"In particular, there were common weaknesses in the process for securing statutory contributions from health and care professionals to assessments," says the report. "Consequently the quality of EHC plans varied considerably both within and across the local areas inspected."

Delays in plans were also an issue.

The latest statistics from the Department for Education on EHC plans show many are not being delivered within set timeframes.

The Code of Practice states the whole process from when an assessment is requested to the final plan being issued should take no more than 20 weeks with exceptions in certain cases.

The data shows that of new EHC plans made during the 2016 calendar year - excluding cases where exceptions apply - 58.6 per cent were issued within the 20-week limit - down from 59.2 per cent in 2015.

A report by the Local Government and Social Care Ombudsman into the first 100 complaints received about EHC plans highlighted delays as a key concern and suggested this was often due to poor planning by local authorities.

Unsurprisingly, the volume of complaints about EHC plans received by the ombudsman has increased as more children are transferred to the new system - almost doubling from 109 in 2015/16 to 217 in 2016/17.

However, the proportion of complaints being upheld is "exceptionally high". Of more than 100 completed investigations, complaints were upheld by the ombudsman in 79 per cent of cases - far in excess of the body's average of 53 per cent upheld.

"We have seen some families having to push, persist, and go well beyond the call of duty just to confirm the type of support they should receive, and to get it provided," said ombudsman Michael King in a foreword to the report.

On top of delays, his report highlighted the lack of involvement of children and young people in decisions and confusion among social workers about how information should be recorded in plans.

The Ofsted and CQC report found that even when councils were completing EHC plans on time many did not provide the holistic view of a child's needs that they had been designed to deliver, with too many focusing exclusively on educational outcomes.

Outcomes were often too general, "lacked ambition" or were simply not clear enough.

Even local authority areas seen to be doing well, such as Cornwall, admit it has been a huge learning curve (see case study).

"It has taken a long time to get it right," says Julie le Masurier, head of SEND at Cornwall Council, which is on track to meet the April deadline.

"By the time we get there we will know how we should have done the transfer."

In the most effective local areas, identified by the CQC and Ofsted, strong leadership had led to established joint working between education, health and care services.

"In successful local areas, leaders' strategies were based on thorough evaluations of the effectiveness of services in improving education, health and care outcomes," says the report.

"Leaders focused on improving the impact of joint working across services to ensure that they could improve outcomes in areas of weakness." 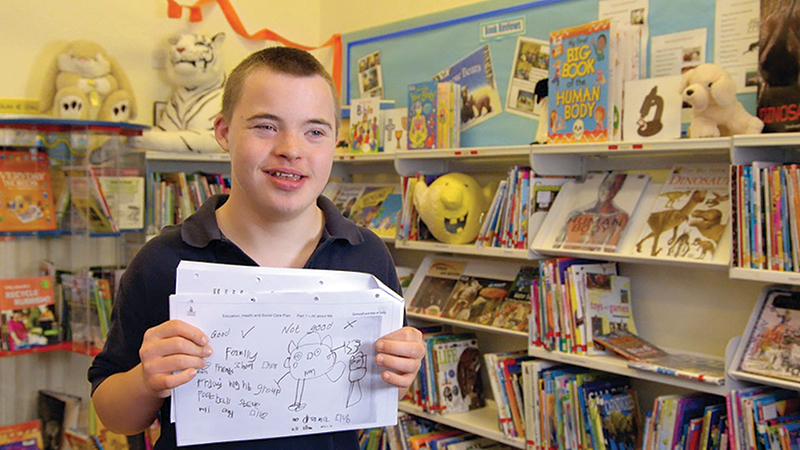 Co-production at heart of Cornwall approach

Cornwall County Council is doing relatively well when it comes to support for children and young people with special educational needs and disabilities (SEND), found inspectors who visited the county in July last year.

Leaders and managers from education, health and care were "ambitious to improve outcomes for children and young people who have SEND and are delivering improvements despite reducing resources and an increasing demand for services", said the inspection letter, sent out in August.

Safeguarding concerns involving young people with SEND were responded to swiftly and Cornwall was identified as a "national leader" in supporting care leaves with SEND.

However, there was room for improvement especially when it came to support for children and young people with autism where there were delays in assessments and lack of understanding in schools.

The findings correlated strongly with local partners' own evaluation of progress, which meant many of the key areas highlighted by inspectors were already being addressed through the area's well-established SEN strategy, explains Cornwall's head of SEND Julie le Masurier.

Cornwall has a robust multi-agency SEND board in place to agree priorities and check on progress with a strong emphasis on co-production, ensuring young people and families continue to be very much at the heart of shaping the county's approach.

The authority was a pathfinder for SEND reform. "We have kept the momentum going through the pathfinder phase and we haven't let up," says le Masurier.

The local area SEND inspection process proved to be a useful lever in maintaining that momentum, she explains.

"When you have got the Care Quality Commission (CQC) and Ofsted potentially knocking at the door then you can get people to work better together, if you are savvy," she says.

Inspectors found Cornwall had made good progress when it came to transferring children to EHC plans.

There are approximately 100 left to do out of a total of 2,500, according to le Masurier who says the approach to writing plans has evolved.

"We have revised how we have been doing it over time because some of the early ones. I'm not happy with," she says.

Cornwall had invested heavily in training and support for schools and went on to deploy additional local authority staff - called EHC plan writers - to focus on creating plans, working in parallel with the SEN statutory service.

They are retaining some staff to help review and improve all plans.

As in other parts of the country, joint commissioning continues to be a challenge and is a priority in Cornwall's strategy.

Partners are also keen to improve early identification of SEND and enhance work with health visitors.

Other priorities include ensuring sufficient, accessible specialist SEND provision in this large rural county, and support for young people preparing for adulthood including supported internships.

Inspectors found Cornwall's autism strategy was beginning to have an impact by increasing the number of autism champions in schools, improving multi-agency training, and boosting the capacity of staff to identify and support children and young people with autism spectrum disorder.