The Effectiveness of the Incredible Years Pre-school Parenting Programme in the United Kingdom: a Pragmatic Randomised Trial

The authors discuss the findings of an evaluation of the Incredible Years (IY) programme delivered to parents of three and four year olds attending universal early years provision at risk of developing a conduct disorder.

Age inappropriate disruptive and antisocial behaviours - such as high levels of oppositionality, defiance, and aggression - typify conduct disorders. Without intervention these disorders are likely to deteriorate. The Office for National Statistics found 10 per cent of five to 15 year olds have had a mental disorder and half of these included clinically significant conduct disorder, with boys showing a higher incidence than girls.

Addressing such disorders is crucial since the prognosis for children regarding self-esteem and levels of happiness is poor. Conduct disorders are more difficult to treat as children mature; Patterson et al found success rates of 75 per cent and 25 per cent respectively when comparing those under 10 and adolescents (1993). In addition to family and community costs, conduct disorders have an economic impact due to increased use of services ranging from health to detention.

The child and family's characteristics, and school and peer relationships are three key risk factors linked to conduct disorders. They will often involve:

This understanding of disorders shapes the Incredible Years (IY) programme for children, parents and teachers, which aims to support and reinforce positive behaviours and concurrently discourage disruptive and confrontational behaviours over a 12-week programme.

The evaluation took place in Birmingham. The sample consisted of 161 children, aged from 36 to 59 months, of whom 51 were the control sample. The majority of the children were from minority ethnic communities; half of the families in the sample were reliant on benefits for their main income. In addition to age criteria, all children had to be rated by parents as higher than the clinical cut-off score on the Strengths and Difficulties Questionnaire (SDQ) to be eligible. Session attendance averaged at six out of 12.

The full article contains detailed information regarding randomisation and fidelity. Outcome data was collected via interviews with parents at baseline and at six month follow up. Parental rating in accordance with the SDQ was the primary measure of child behaviour. This was used to assess hyperactivity, conduct, emotional difficulties, peer relationships and pro-social behaviour. The Eyberg Child Behaviour Inventory (ECBI) was used to measure frequency and burden of the child's conduct problems. The Arnold and O'Leary Parenting Scale was used to measure parenting competence.

At follow up, across all three measures used, improvement was seen in the IY group in comparison with the control group. When using the SDQ measure, these differences were more marked in terms of behavioural difficulties rather than emotional. The ECBI measure found significant reduction in intensity of problems for the IY group, and parenting competence in terms of laxness, over-reaction and verbosity was also poorer for the control group.

In 2016, Edwards undertook a parallel analysis and found IY had a high probability of cost effectiveness by moving 23 per cent of children to below the SDQ clinical cut-off score. This represents a saving of up to £2,418 per child.

The findings echo a 2007 study in Wales, giving further positive indication of wider application. These positive results may be a consequence of the quality of training and supervision arrangements for IY facilitators, which were delivered by the same team as in Wales. 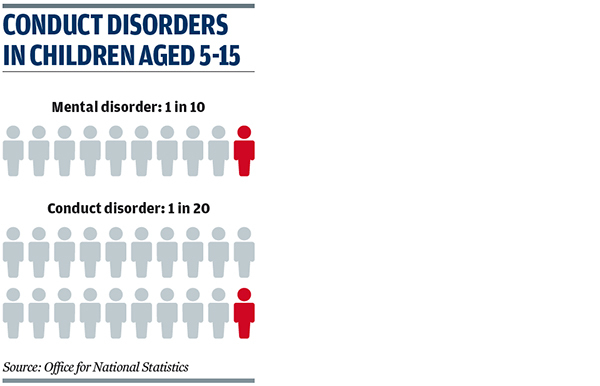 The diverse communities included in this study indicate the IY programme will transfer well across differing cultural contexts. The results for effectiveness and cost-effectiveness indicate that there is a strong case for implementing the parent version of IY more widely. As with any programme, it needs to be complemented by practice and policy changes.

A limitation is the short follow up period of six months and reliance on parent-reported outcomes.

Challenges encountered with recruitment and retention also need addressing: children with significant impairments to development were under-represented at children's centres. Methods used to increase the likelihood of parents struggling with children with behaviour difficulties using children's centres should be part of any attempt to translate these results into mainstream practice and arguably applied regardless of decisions to introduce IY into children's centres.

This article is part of CYP Now's special report on early help. Click here for more