There are a range of different ways that professionals working with children can become an Ofsted inspector, with the role offering the chance to deepen knowledge and experience, finds Jo Stephenson.

Award-winning head teacher Matt Middlemore admits that in the past he was not exactly keen on the idea of becoming an Ofsted inspector.

"Many years ago I thought it was like sleeping with the enemy and now I think it one of the best things I have ever done," he explains.

Now an inspector of schools, he says that "without a doubt" the process of becoming an inspector and carrying out inspections has been crucial in shaping his own practice and management skills.

HMIs, who need at least five years' experience of leadership in a relevant job like head teacher or senior manager in children's services, go through a seven-stage recruitment process and if successful can expect to earn between £66,000 and £71,000 per year.

Regulatory inspectors, who are responsible for checking people, premises and services are suitable to care for children and vulnerable young people, earn between £43,500 and £48,500.

There is also the option of becoming a contracted inspector like Middlemore, with Ofsted increasingly seeking to recruit serving practitioners in schools, further education and early years.

Middlemore had been teaching for 13 years and was a deputy head when he applied to be an inspector. He has now been doing the role for four years and currently undertakes about one inspection per half-term.

Contracted inspectors of schools can expect to earn £535 per day as a lead inspector and £335 per day as a team inspector or £392 per day for additional work such as quality assurance or investigating complaints. However, Middlemore says the money he earns goes to his school - Tregolls School in Truro, Cornwall - because he combines his inspecting duties with his day job.

Ofsted's definition of a serving practitioner is someone working in a setting inspected and regulated by Ofsted. Ideally, the setting should be rated "good" or better although the job specification explains talented leaders from provision rated less than good will be considered if they can show they have achieved "sustained, measurable improvement" and have previous experience of leading high quality provision.

Other requirements for contracted inspectors in education and further education include at least five years' successful teaching experience and at least two years' "substantial" management experience, up-to-date knowledge and practice in the relevant sector, a degree or equivalent and Qualified Teacher Status or another recognised teaching qualification.

Skills and competencies for all contracted inspectors include "the ability to weigh up complex and conflicting evidence" and to use evidence and knowledge to provide "insightful professional advice and judgments".

The training to become an inspector is rigorous. Applicants must first register their interest before completing a "formal expression of interest" document. They must then successfully complete a written task to make it to the second stage of training and selection.

It took Middlemore two years to complete his training as a team inspector and a further year to become a lead inspector.

"It was really, really tough," he says. "Recent training I did was like sitting a secondary school exam: ‘it is now 12 o'clock, put your pens down'."

The training was undertaken in short chunks so "it's not burdensome on your school", he explains. In fact, he maintains it has actually saved the school money because it made him rethink his whole approach to his own continuing professional development (CPD).

"I stopped paying to go on CPD courses because the vast majority of my CPD now comes through Ofsted training," he explains.

One of the reasons he decided to become an inspector was because he was fed up at being constantly told "this is what Ofsted are looking for" by those seeking to sell products and services to schools.

"There is a commercial industry trying to piggyback on Ofsted and I used to get up to 50 emails a day saying ‘Ofsted wants this' and it is just not true," he says. "By becoming an inspector I have learned what is and isn't required and what good actually looks like in reality."

He has also learned to look beyond headline performance data.

"Some schools work in a very challenging context and just because they haven't got amazing data does not mean they are not an amazing school," he says.

"When I arrive at a school the first thing I say to myself is ‘What is best for these children?'. I know that what works for my school isn't going to be right for their school as no school is the same. I haven't come across two schools that are even nearly alike."

He believes the fact he is a serving head teacher - named Teaching Awards Trust primary school head of 2016 - gives him credibility when carrying out inspections and making judgments.

Meanwhile, his inspection role has had huge benefits for his own school and staff. "My staff know that if I ask them to do something it's not another bit of bureaucracy, it's a change in policy and something that needs to be done," says Middlemore who makes a point of sharing his learning and experiences "so my senior leaders and middle leaders are all learning as well".

One of the things he values most is the chance to learn from colleagues. "I work with some excellent people - really good leaders and inspectors," he concludes. "You learn from them and definitely develop your own practice - I would recommend it to anyone." 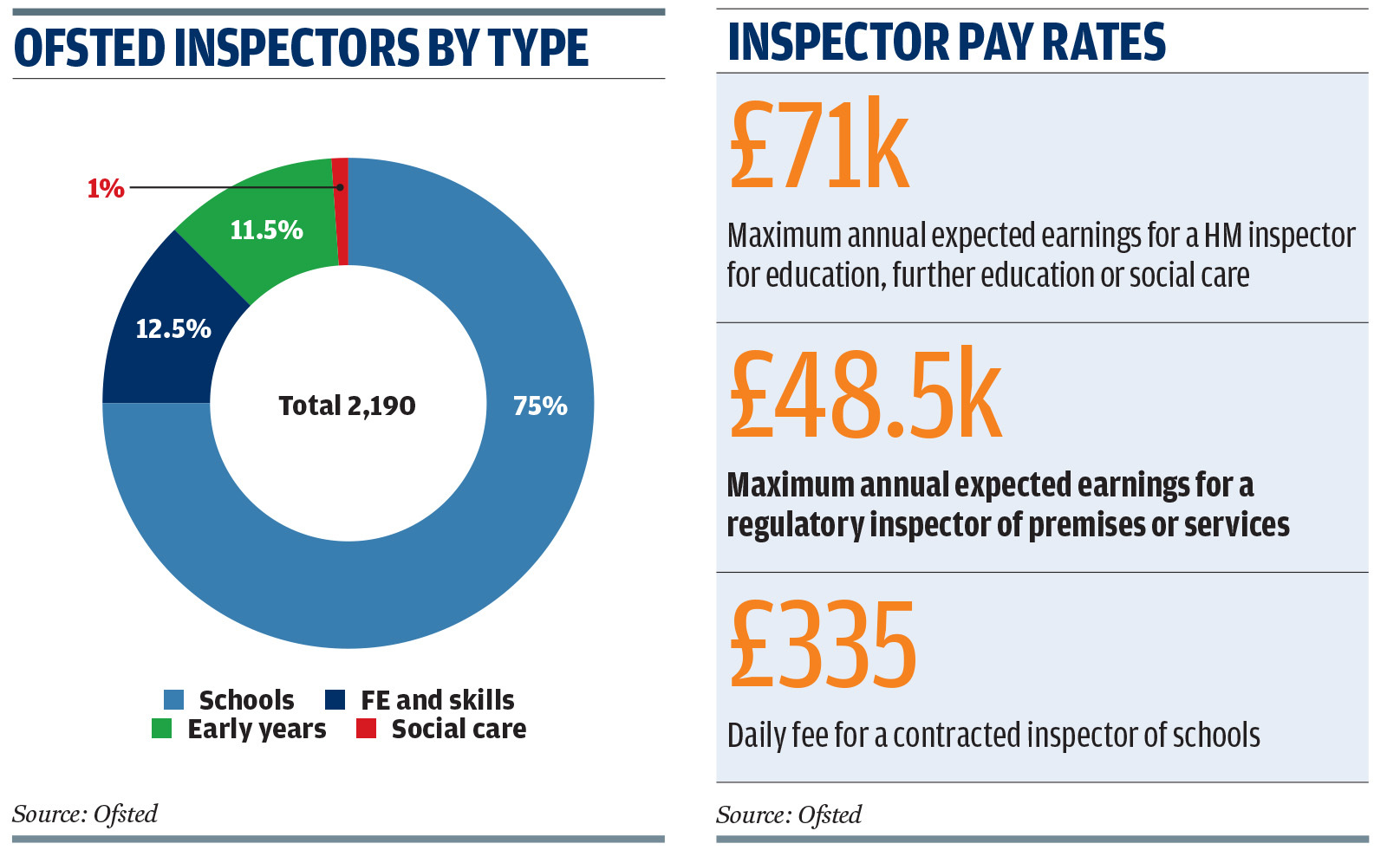