Charity M3 Project supports teenage mothers and pregnant young women with the assistance they need to overcome homelessness or the threat of homelessness.

To provide accommodation and support for young parents

Initial funding to develop the service came through Lancashire's Supporting People programme. The Teenage Family Service is currently funded under contract to Lancashire County Council with this contract expected to be renegotiated and renewed in 2019. Income is also received through rent. The service's annual budget is £94,500

In 2003 a group of service providers in East Lancashire, including the local youth service and Connexions service, identified a gap in provision for homeless young people in the district and began to look for funding to provide lodgings-type accommodation. This work developed into specialist charity M3 Project, which helps some of the area's most vulnerable young people with advice, accommodation and support to overcome homelessness or the threat of homelessness. "While young people sleeping rough in cities and towns is a very visible part of the problem, many thousands more are experiencing hidden homelessness through having to live in temporary, insecure or unsafe accommodation and through a destructive cycle of sofa-surfing," says Alan Dorrington, charity manager at M3 Project.

In 2011 the organisation turned its attention to homeless teenage mothers and pregnant young women, having noticed they were having to travel large distances to access accommodation, often without support. 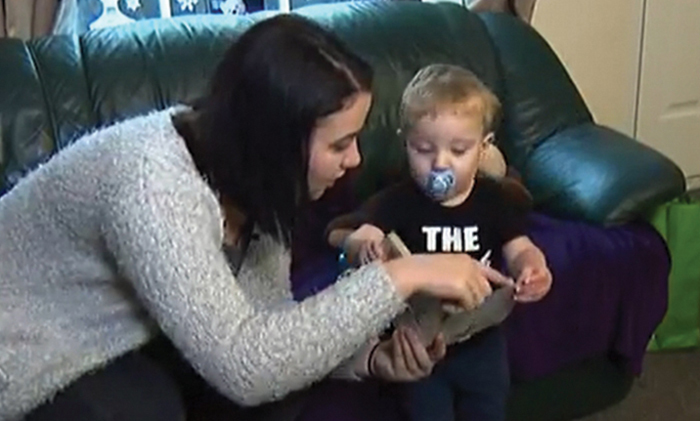 Courteney* was living with her partner's parents at the age of 18 but found herself homeless with her young son when the relationship with her partner broke down. Moving around from place to place over three months, she relied on the hospitality of others, never knowing where she would be able to sleep next.

"I used to tell my son that I was sorry for the way he was living. It will live with me forever and I will have that guilt of starting his life off the wrong way," says Courteney. "I was worried that social services would take my son away because I didn't have a stable home."

After contacting her local council for help, Courteney was referred to M3 Project for accommodation and support. She was offered a placement in a two-bedroom house which provided the stability she wanted. "It was really hard to process in my head, not being able to find a home, not being able to bring my son up the way that other children are brought up," says Courteney. "But we eventually got there, and we now have our own home."

She has received support from the Teenage Family Service in engaging with children's social services to address domestic abuse concerns and gain skills that will help her live independently.

"In common with all the other mums we work with, she has specifically spent time with workers on the budgeting skills required to successfully maintain her own home," says M3 Project's Alan Dorrington. "She has also engaged well with the five-module Independent Living Skills course that all young mums go through before we consider them for move-on accommodation of their own and is now beginning the process of applying for her own social rented property."

The charity's Teenage Family Service operates across four local authority areas in East Lancashire. It comprises nine two-bedroom properties sourced from local social landlords. These are managed by M3 Project and let to young people on a renewable six-month tenancy. The properties are situated in popular areas of local towns and are fully furnished so a young family can move straight in. Senior project worker Joanne Mitchell oversees the scheme, with the help of project worker Emma Bird. They view the potential house with the young mums and work with them to plan the move including looking at what needs to be done to set up utilities and other services. Once the young woman is settled in, the workers put in place a package of support, liaising with other professionals.

Young mums initially receive daily support visits, which gradually diminish to about one a week, although daily contact is often maintained by phone or via social media messaging. When young women are ready to move the frequency of visits usually increases as they hone their independent living skills. Help is also on hand in the event of a crisis. The support programme is intended to last around 12 months in order to prepare young mums for fully independent living and to give time to access move-on accommodation, although support is available for up to two years.

"Many of the young mothers coming into our service have experienced poor-quality relationships or domestic abuse leading to their homelessness, and much of the work we do is to rebuild confidence and work with them to overcome some of the issues thrown up by these situations," says Dorrington.

"Partnership work with children's social care and other health professionals is vital in putting together a full package of support that covers not only independent living skills and housing support but also any safeguarding and child protection issues that can arise with young mums who may have experienced a high degree of instability in their recent past." Currently, 75 per cent of young mums in placement are involved with children's social services at "team around the family" level or above.

In addition to the Teenage Family Service, M3 Project's small team - consisting of four full-time and four part-time staff - provides supported lodgings for single young homeless people. In April 2017, through funding from Children in Need, the charity developed the Listening Project, a young person-led service for 16- and 17-year olds who are experiencing difficulties in their relationships at home and may be at risk of homelessness. Trained young volunteers work as mediators to provide opportunties for young people and their families to talk and find solutions.

Since its launch in 2010, the service has supported 87 young mums. In the last 12 months, seven out of the eight young mums who have left the scheme have taken on independent tenancies of their own with private or social landlords.

The service currently has a waiting list and the hope is it will expand. "Currently our Teenage Family service is oversubscribed and most of our referrals have to go on our waiting list for placement in a property," says Dorrington. "Given demand is consistently high, we envisage an expansion of this scheme in the medium term, with a move to a wider geographical area outside of East Lancashire, as well as an increase in the number of placements in existing areas." The organisation will need to work with local housing associations and social landlords to source suitable two-bedroom properties.

"Recent work with Calico Housing in Burnley around developing this type of partnership has shown that social landlords can and do wish to expand their operations to include supporting a scheme of this type," says Donnington.