Programme of workshops gives parents with disabled children the skills and confidence they need to access support services to improve their families' lives.

A £278,000 grant from the Department for Education in 2018 funded 12 four-week Brighter Beginnings programmes. A further £65,000 from charitable trusts and major donors is funding nine six-week programmes

The charity Contact supports families with disabled children and was keen to develop help on offer in the early years. "We did some research that showed families were contacting us when their children were aged nine or 10," explains Kate Wyke, development officer at Contact. "Parents would say ‘if only we had found you sooner'."

Thanks to some funding from a donor, she began running one-off workshops for parents in Cheshire. "As I ran the individual workshops, I could see parents needed so much more than just a sleep workshop or a behaviour workshop," she says.

So working with a family liaison officer from a local special needs school, she went on to develop a programme of workshops. "I could see confidence building and the relationships the parents were making with each other," says Wyke.

Building on this work, she went on to devise the multi-session Brighter Beginnings programme designed to help parents "who are in the early part of their journey". The first programme ran in Powys in Wales in 2017.

The six Brighter Beginnings workshops are aimed at parents of children aged eight or under who have been diagnosed with a disability or additional need, or whose development is causing concern. Around 10 parents attend each course. Each session is around two to three hours long and lunch is provided, allowing parents to meet and chat afterwards.

"Some parents say ‘we don't know where to start or who to talk to'," says Wyke. "This programme answers their questions and reinforces the skills they need to be a voice for their child."

The sessions cover local support services, communication skills to help parents get what they need for their child, information on how to encourage positive behaviour, information on financial benefits, such as disability living allowance and child tax credits, understanding sleep and support for parental wellbeing. It includes activities such as bingo, quizzes and role play.

Contact has thought hard about the order of the workshops to maximise attendance, says Wyke.

"The first is gentle and informative - a foundation for building trust and sharing information between parents," she explains. "We save sleep until second, because that is what draws many people to the course. The third session is about confidence and getting what you need for your child. It is so important to know your rights and feel equal when dealing with professionals."

Inserting this session between workshops on sleep and behaviour works well when it comes to retaining participants, she adds.

"We look at different communication styles and steps parents can take to manage their own behaviour," says Wyke. "Some can come across as aggressive in meetings with professionals, while others are intimidated." As part of the workshop participants role-play a meeting at their child's school. "One of the biggest issues for parents is trying to control emotions at a meeting, so we have exercises on how you can control your tears," says Wyke.

The final session is called Support for You and is designed to raise awareness of further support available from Contact and elsewhere. Parents are encouraged to form their own support group.

There were 18 series of Brighter Beginnings workshops in 2018, reaching an estimated 135 parents and carers. An evaluation of the programme, carried out by consultancy Fiveways, found 100 per cent of participants felt the information and advice given was useful, 97 per cent would recommend the workshops to others, and 84 per cent agreed the workshops exceeded their expectations.

Before the workshops, around half of participants said they did not know what to do when their child started behaving badly compared with 15 per cent afterwards. Meanwhile, 41 per cent said they felt alone before embarking on the programme compared with 17 per cent afterwards. Eight weeks after the programme, 94 per cent of parents agreed the workshops had made a positive difference to them and their family.

The average number of benefits participants received increased by 22 per cent, and the average number of support services used increased by 21 per cent. A further 52 per cent of participants said they were using a wider range of services while 38 per cent increased the number of different benefits they received. Around three quarters of parents had used approaches to handle behaviour covered in the workshops, 97 per cent felt better informed about how to get support and 96 per cent said they felt better informed about their rights to benefits and grants.

"One parent told me her child's doctor asked if she ran her own business because she came across as so professional and took the lead in a meeting," says Wyke. "I love hearing these stories and I think the workshops really instil confidence. If I can stop a parent being upset at a meeting and help them be a voice for their child I am doing what I set out to do."

Contact plans to introduce a train the trainer programme to enable early years practitioners and parents to deliver the Brighter Beginnings programme together. The organisation plans to include more positive case study videos in the programme following feedback from parents. 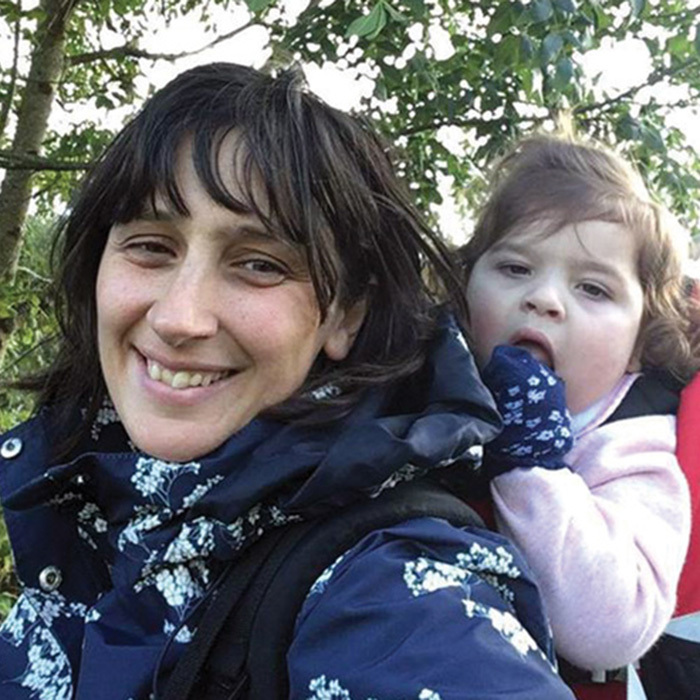 EXPERIENCE
"Brighter Beginnings taught me that I am Polly's voice"

Three-year-old Polly from Powys in Wales, pictured above with mum Mandy, has complex needs including cerebral palsy, global development delay and an irregular heartbeat. She is non-verbal, tube-fed and in a wheelchair. Mandy first heard about the Brighter Beginnings workshops when Polly was 11 months old.

"The health visitor, who had sent out a team to do play therapy with Polly, knew about it and encouraged me to go," she explains. "We were having a tough time with Polly and I didn't feel we were being listened to by the doctors. It was a tricky birth and it seemed like she got lost in the system. The handover between pre-natal and post-natal didn't work, and it took them three months to get her on medicine she should have been on from birth. They would say: ‘There isn't anything wrong with her, she is just a tired baby'."

Meeting other parents at the workshops with children in similar situations was beneficial and helped her realise the extent of Polly's needs, says Mandy.

The six-session programme has had a lasting impact. "I learned so many skills that I still use today such as how to put your point across to doctors without being aggressive and so that they listen to you," she says. "We were not being heard by professionals, it seemed like you almost have to have a breakdown before anything is done. I learned how to treat meetings like a business, going in there and setting my emotions to one side. I thought doctors knew best but now I realise mum knows best. The workshops taught me that I am Polly's voice. She is fighting so hard to be here and if I don't speak up for her, no one else will."