Transferring delivery of children's social care to an independent trust has proved a success for the South Yorkshire town.

Like much of the region, it suffered economically with the collapse of the coal industry. Now, nearly a quarter of children in Doncaster live below the poverty line - the fourth highest rate in England. 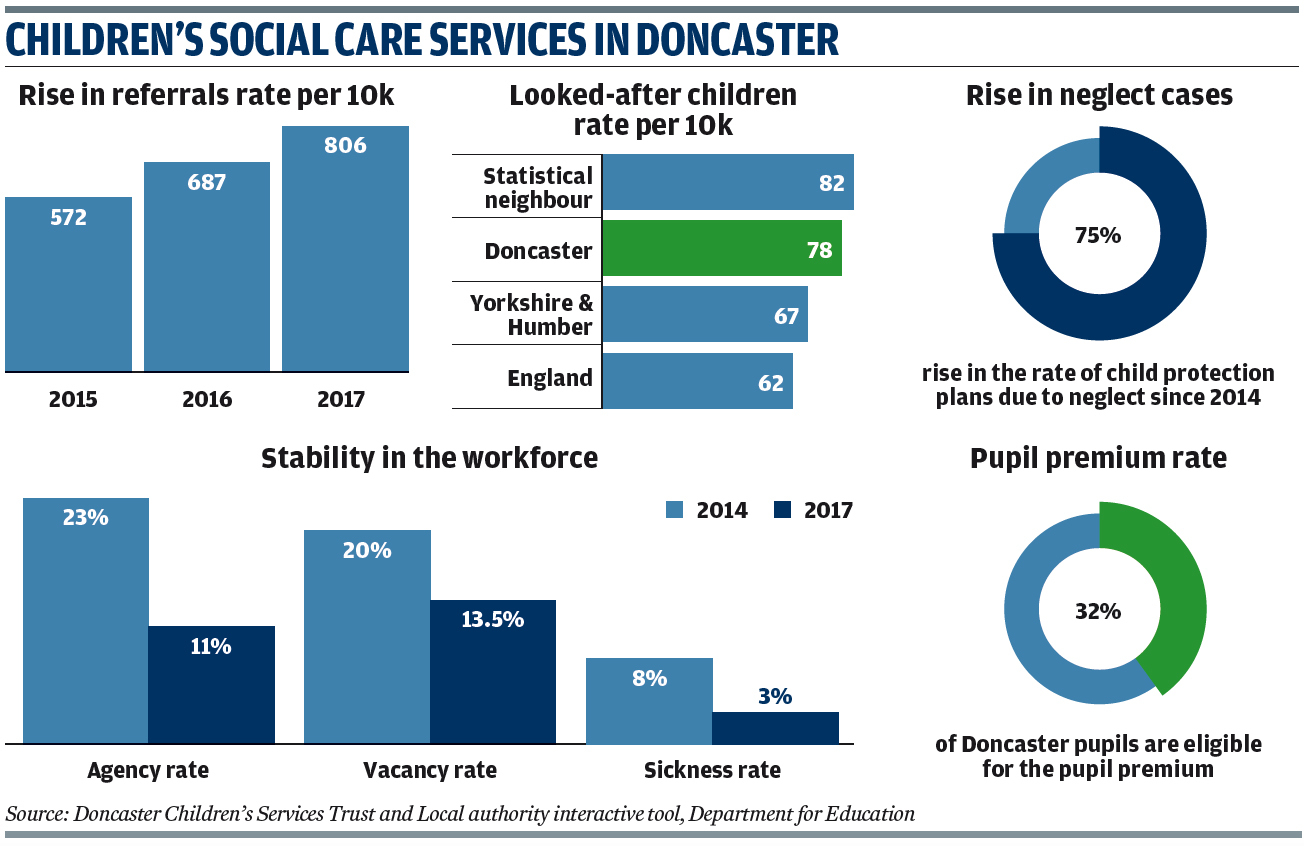 View from the top: ‘Listening has been crucial to turning around services'

A key factor identified in the recent Ofsted report is the priority we have given to engaging with young people. The best services are those that have feedback from children and young people, the customers. For example, young people told us that reference to "contact" was embarrassing so we've changed that to "family time". We have tried to change the language of care in the town.

Some of our looked-after children want to become social workers. They came up with the idea of selling "Hey Me" training to private care providers, the proceeds from which have been used to pay for their access training and course materials. It has already raised £5,000.

The workforce has become more stable by reducing the use of agency staff - 25 former agency social workers have transferred to full-time positions. That reflects the good supervision, skills development and career progression we offer them because they could earn more from neighbouring authorities.

The rise in referrals to the service reflects untapped demand, and the confidence that people have in the front door of the system. I predicted 18 months ago that as our early help offer improved, demand would go up. The trust along with police, the council, schools and health are looking at how we can reduce demand by supporting families at an earlier stage.

Ofsted said our threshold for intervening is right, child protection plans are right for the challenging environment we are working in, looked-after children rates have stabilised, and we have got better at detecting neglect. Some of the challenges we still face are because of the poor standards of care in the past.

Being independent has helped our pace of change and been an attraction for staff. Whatever happens in the future it was the right move for Doncaster. It is no panacea, but where there is long-term failure it is right to consider a different delivery model.

The council has embraced the partnership with the trust and I have regular meetings and talks with the director of children's services Damian Allen about investment in services, how we can improve delivery and finances.

People are talking about the trust in a positive way and there's been a wider change in culture across the town - schools are getting better, a National College for High Speed Rail has been established and there is "opportunity area" funding coming in. We want to create more economic opportunities for our young people.