In its recent report, State of the nation 2018/19: social mobility in Great Britain, the Social Mobility Commission highlights the widening gaps in achievement and prosperity at every stage, from early years to working life. This is a valuable report which highlights some of the potential pitfalls in education policy.

The commission's findings make for sobering reading. For example, for the year 1 phonics test, 70 per cent of children entitled to free school meals (FSM) achieved the expected attainment level for their age in 2018, while 84 per cent of their more economically advantaged classmates achieved that benchmark.

However, by the end of Key Stage 4 (age 16), the gap has doubled, with only 40 per cent of children on FSM achieving "good" GCSEs in English and maths, compared to 68 per cent of all other pupils.

If we are failing to close the inequality gap in the UK - and this report makes it clear we are - then schools are truly at the nexus of that struggle. The commission concludes critical changes are needed to empower education providers to tackle those gaps. 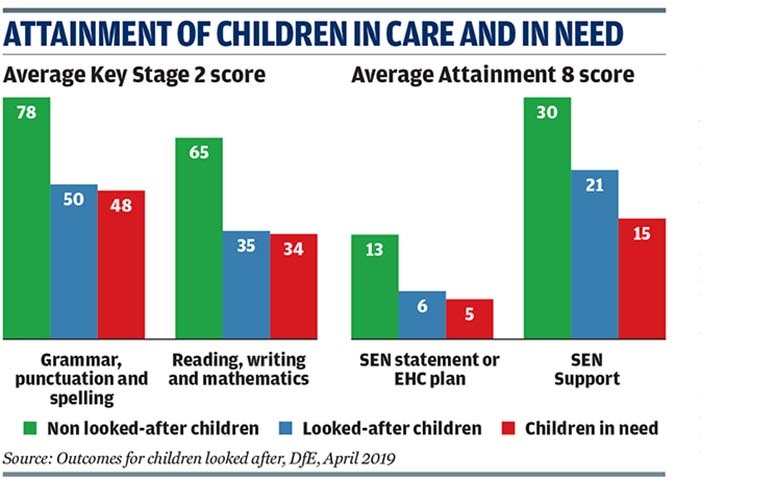 Some of the commission's most interesting and contentious points are regarding pupil premium funding, which schools have been receiving to support disadvantaged pupils since 2012. In 2018/19, the premium provided £1,320 per pupil for reception and primary school children, and £935 per pupil for secondary school children who are on FSM. Children who are looked after, or have previously been, attract a higher rate of £2,300 per pupil which is managed by the local authority.

While it welcomes the funding on a general level, the report questions how effective it has been in improving social mobility by reducing the gap, and whether it is being targeted in the best way.

However, one problem is a lack of hard data evidencing the impact of the funding. The Education Endowment Foundation Teaching and Learning Toolkit provides a useful summary of emerging evidence and research into what appears to constitute good practice in raising the attainment of disadvantaged pupils. In a fragmented system, however, schools are expected to create their own evidence base and robust national data on the success of the premium has not yet been published.

As a virtual school head, I manage the looked-after children portion of the grant for Wolverhampton City Council. I could provide plenty of anecdotal evidence, such as when we used it to fund guitar lessons for a pupil who is now studying music at university. I also surveyed 70 schools in 2015, and the majority felt the pupil premium had helped to improve the progress of their looked-after pupils. But it is difficult to demonstrate the large-scale impact of funding that is used differently in each case.

While free school meal eligibility is considered the best proxy measure of economic disadvantage, there are specific, vulnerable groups who should arguably attract a higher level of funding. The report asks whether "differential levels of funding" would benefit the most disadvantaged.

The benefits of a more targeted approach have been highlighted before: in 2016, the Teaching Schools Council suggested that the most effective schools "recognise that disadvantaged pupils are not a homogenous group and employ targeted approaches for groups or individuals facing barriers".

Given that some of their outcomes are at least as poor as children in care, should children in need also attract a higher rate of funding?

The report also points out that "schools have had to face an eight per cent real-terms funding cut from 2010-18 which has affected their ability to deliver important services". It suggests that the pupil premium may have been used to plug that deficit.

Another interesting finding is that schools with better Ofsted ratings "do not tend to have a lower gap in attainment between less advantaged children and their peers". It references Ofsted's new inspection framework as an opportunity to move towards a system with less emphasis on academic attainment. However, the commission says such approaches have lost traction in the past: "We are concerned that the failure to identify an effective replacement to the simplistic labelling will continue to undermine many of the benefits the new regime promises".

As the Education Endowment Foundation stated in 2018, "it is vital that schools… consider how all their resources can be used to achieve this goal".

As State of the Nation suggests, perhaps the pupil premium will only properly work when it is part of a wider school funding and inspection system that understands the differing levels of disadvantage that children face.

Children in need of help and protection, DfE, March 2018